Is Brexit worth it?

We were told all sorts of things about Brexit, that it would be the easiest deal ever, that it would lead to increased prosperity, and most famously of all that it would bring £350million a week extra for the NHS. It's now clear that it won't deliver those things, and that it could do immense harm to people's jobs, to the economy, to peace and stability in Ireland, and maybe beyond.

Is Brexit worth it? We don't think so. If you are worried about a damaging Brexit, why not join us. 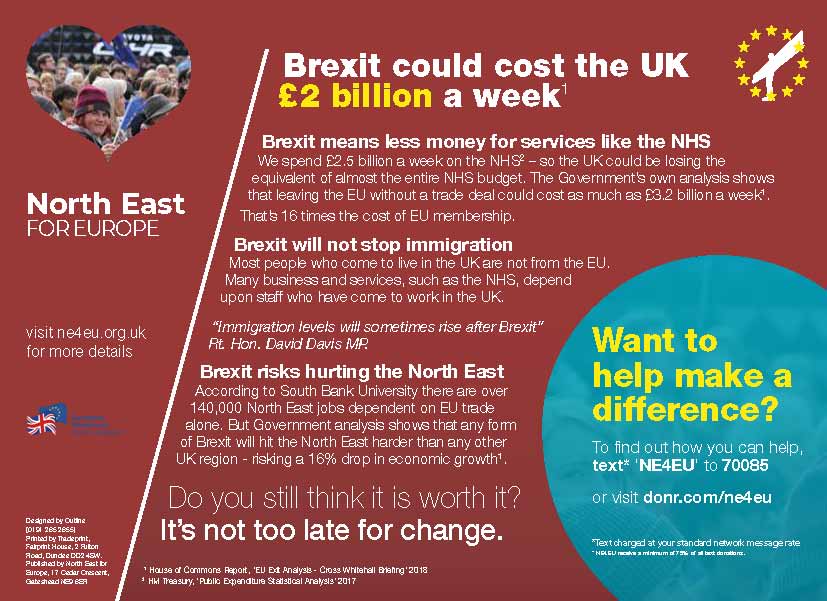